Dr. Ludwig, whose entire family is deeply rooted in the community, is a third generation Lombard resident married to a fourth-generation Lombardian. Lombard Veterinary Hospital is her family’s business: it was opened by her parents in 1959 and she has worked at LVH since she was 16 years old. Dr. Ludwig earned her BA from the University of Chicago and returned to the practice in 1993 after graduating from the University of Illinois as a DVM. Though she loves working with all of her animal patients, cats have always been her favorite pets. In addition to feline medicine, Dr. Ludwig is especially interested in the human-animal bond where she draws upon her undergraduate sociology background. Belonging to the American Association of Feline Practitioners keeps Dr. Ludwig’s knowledge current so she can provide the very best medical care for her kitty patients along with her genuine appreciation of the unique needs of cats and their people parents.

Community and professional involvement are extremely important to Dr. Ludwig. She enjoys serving local organizations and is a Past-President of the Glenbard East Booster Club and of the Rotary Club of Lombard. Dr. Ludwig also served her profession for over a decade, from 1998-2011, as a member of the Illinois Veterinary Licensing and Disciplinary Board, including four years as Chair. From 2001-2008, she was elected to the Executive Committee of the American Association of Veterinary State Boards and is a Past-President. In 2006, Dr. Ludwig was honored with the Nestle Purina Outstanding Pet-Care Award for her work with homeless animals in DuPage County. In addition, she participates locally, statewide, and nationally as a member of the Chicago VMA, ISVMA, and AVMA.

Dr. Ludwig and her husband Greg have two college- age children—Gregory, and Gracie, as well as pets who they consider part of their family too. Their animal companions are a 9-year-old Golden Retriever named Duke and a 2-year-old Tabby cat named Roger. Dr. Ludwig enjoys photography, scrapbooking, and traveling anywhere warm with loved ones in her free time! 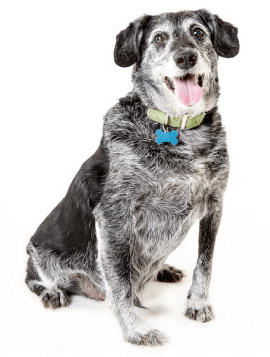